the OCD inside of me 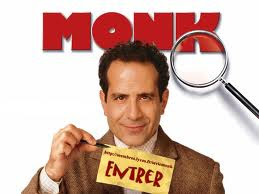 since not so long ago, i have diagnosed myself with mild OCD. you see, growing older, i have this routine of locking the windows and doors at night before going to sleep. and then i would feel incomplete and sense something is missing before checking the windows and doors several more times.
i guess this has something to do with be being taurus, but i don't think many tauruses do that.
once, i took this sort of brain game-test. it said that "you remain predominantly functional in your orientation and practical. abstraction and theory are secondary to application. in keeping with this, you focus on details until they manifest themselves in a unique pattern and only then work with the "larger whole."" in short, i guess it means that i have a thing about doing things in order and in a specific way that sometimes it makes me lost sense of priority (in my field, sense of emergency).
like what i'm doing at the hospital, i have this urge to do my rounds from the smallest room number to the largest one eventhough i know and i realize that it takes more time and energy to do it rather than doing it according to the room closest to the nurse station. again, it would feel kind of uncomfortable if i don't do my rounds in order.
that is one example. i can give you more: i don't cut short my words when texting, i always put a period after each sentence. i soap myself twice everytime i take a shower. do you want me to continue?
but one thing that i keep on doing--since my young and restless days--up to now that sounds a bit OCD but is vvery positive is making checklist. 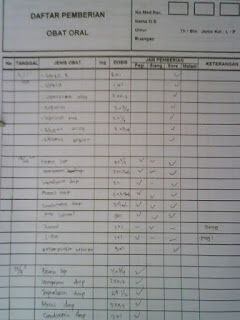 and that is proven to be effective because there's this guy, Peter Pronovost, who've tried and proven that checklists reduce infections, morbidity and mortility rate.
i mean talk about small thing, this checklist thing does huge impact on patients outcome.
i talked about this with a colleague and he said that 'this kind' of thing does originate and grow in developed countries. the reason is simple: they are no longer dealing with basic things such as equiptments and human resources. so their goal have shifted--since few decades ago--from basic things to more managerial issues.
so do i really have OCD or am i just making it up?
Email Post
Labels: me