The One Where The Surgeon Got Lost in Translation 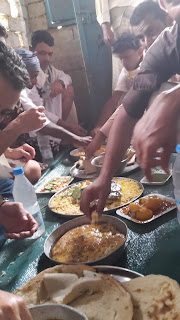 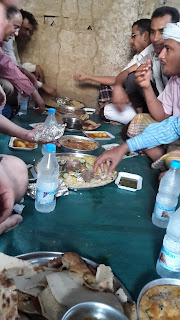 The year was 2016. The place was Abs in Hajjah Governorate in Yemen.

I believe it was thursday afternoon which is the same as saturday in western civilization. The surgeon, who spoke english very poorly, received a phone call from the hospital, asking him to come to the hospital because there's emergency that needs his expertise. There was a wedding that day of one of the ER nurses, so me and most of male staffs went there including his colleague, the Yemeni anesthetist.

The surgeon tried to call the anesthetist several times but failed. You know, in a war torn country such as Yemen, mobile connection is generally not stable. Blank spots are not spots, they are huge moles, so it's not uncommon to have your phone calls not get through.

The surgeon was desperate because the clock was ticking and he still could not get hold of the anesthetist. So he asked the driver in the guest house to take him to the wedding to grab the anesthetist and then rush to the hospital.

The surgeon arrived at the wedding and frantically asked the people there,"(where's) Fouad?" which is the name of the anesthetist. The men there ushered him to a hamper of food. Yes, you got that right. FOOD. They thought he was asking for food.

Confused but unwilling to disappoint his hosts, he began to eat his way out. After a while he asked one of the men there,"Where's Fouad?"

The polite hosts thought he was still starving and asking for more food. They were surprised by it but they were trying to show that they're good host especially to this foreign guy.

Which led to more question by the surgeon,"Fouad! Fouad! Where's Fouad?!" He grew more and more nervous and impatient.

The driver who took the surgeon to that place realized that he took him to the wrong wedding and caused the horrible uncomfortable situation. He grabbed the surgeon and told him just to go straight to the hospital which was instantly okayed by the surgeon who could not take anymore food.

And off they ran from the wedding reception with confusions from the people there of who he was and what he was doing there.

The surgeon then shared the story during dinner and we all just couldn't stop laughing that night.