South Sudan: Why Are We Here? 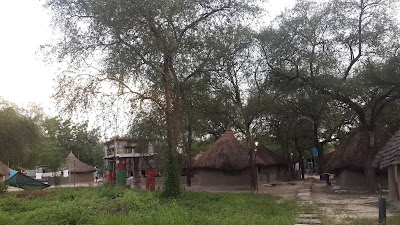 It's a lazy Sunday evening in Lankien and something suddenly strikes my mind: what the hell are we all doing here?

I get it that it's South Sudan. It's the youngest nation in the world and even after their independence in 2011, the country is still at war. And so the government is not able to provide basic services to the citizen including basic health care services. I think most of the things that are being done by the ministry of health are either collecting data or making regulations, but they have been lacking in providing real health care services to their people. Most of the health care facilities are run or managed by international NGOs or private companies. So, I'm not really sure what are they actually doing.

But the nation has been at war for more than 3 decades so they are supposed to create some kind of support system that enables the citizen to access the much needed medical care. Unfortunately that only happens in my imagination. Most of the basic health care facilities in this country is not functioning.

And so the question is a bit unnecessary given that we all know the answer.

But it's still boggling my mind why after 30 years of international aid, they can't support themselves even for the basic things. Why after millions of dollars poured for the nation, there's still hunger, extreme poverty and people dying from preventable diseases all over the country.

Bad government? Corruption? Or they just simply don't care whatever happens to their people?

And now, at the brink of a battle, we're still here thinking how we can provide a medical care to an area that has been spared from any medical support for more than 20 years.