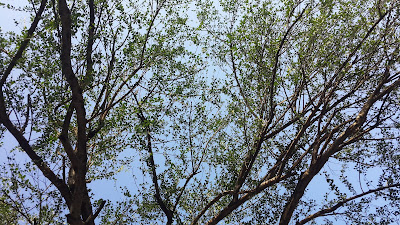 During my time in Lankien, there was a period when I felt that my presence was not needed. It happened around September, my second month in the project.

Time went by and I was still stuck in Lankien while the MDs were able to manage the day-to-day activities, I slowly thought that I was useless and up to a point where I felt under utilized. I still did the ward rounds and on-calls and few consultations in KA OPD but that's all I had to manage. By the end of the morning I pretty much finished my work for the day. Of course I was still being called whenever there's a problem in the ward, ER or KA OPD but mainly I didn't have much to do after lunch.

Thank God I was involved in Pieri clinic activities (I actually went there twice) meaning that I managed the over-the-phone consultations or referral or other stuffs but that's also not much.

That's why I once threw the idea to higher ups if I could go to support other projects such as Mundri.

But when the proposal (or more likely an order) came to me to go to Bentiu to replace an MD that ended his mission prematurely, I felt that they were throwing me away because they didn't need me anymore.

Of course this contradicts with what I said earlier, that I would like to support other projects.

But I felt that way because they wanted me to replace an MD that ended his mission early due to some tensions with other team members in his project. And they hope that I could help fixing or repairing whatever damaged done there. And it hit me bad because I didn't want to go to a shitty place just because I was ordered to and that I might be able to do something about. If it's clinical, I probably could do something about it but if it's something that involved the dynamic of the team, replacing one person would not automatically solve the problem.

Things changed. I stayed. The MD who was originally assigned for Lankien volunteered herself to go to Bentiu.

Hence peace on project. At least for a while.